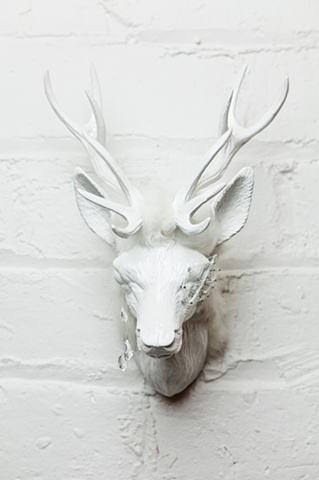 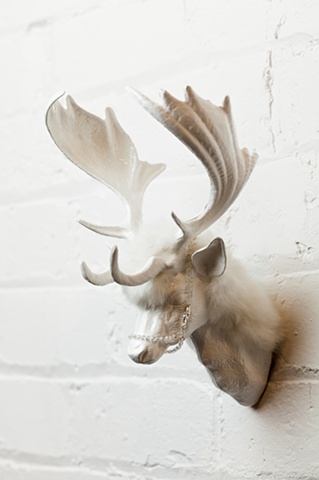 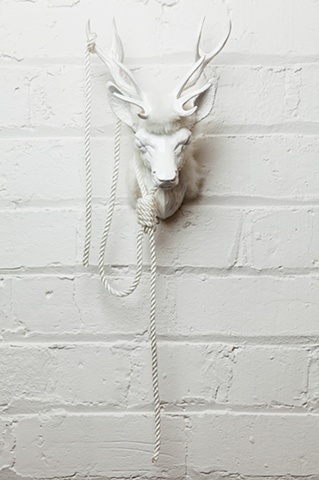 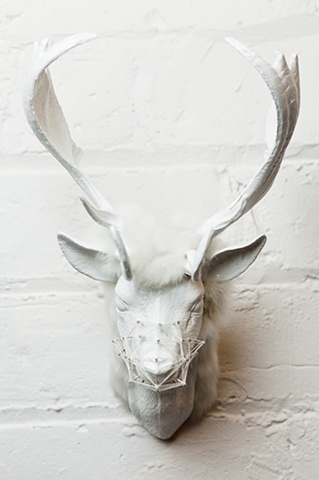 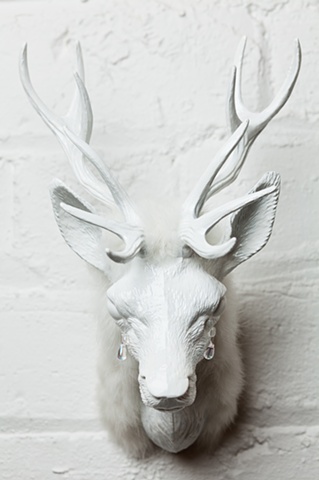 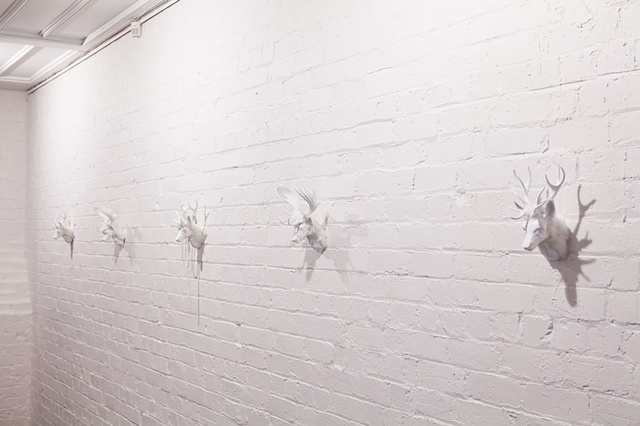 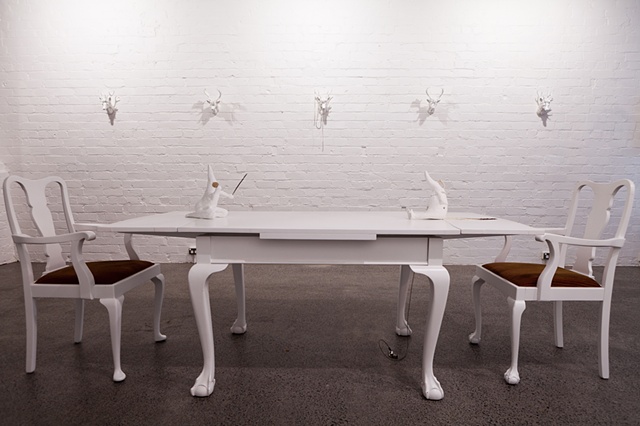 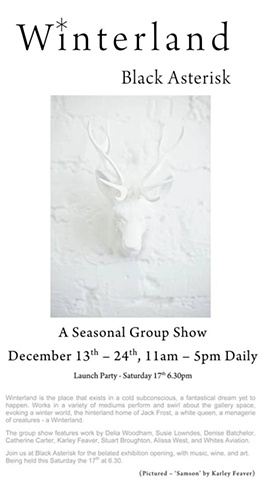 In Karley’s new works, the choice of animal is deliberate and used as a symbolic reference to the themes she explores in her work. White is a colour which human culture has many references to, often related to purity and cleanliness. However white is also a colour which is commonly associated with death. In these works she references this with powerful imagery of stags and deer, which are known as power symbols and carriers of peace.

The plastic moulded form (rather than taxidermy this time) is symbolic of her exploration of death, where we recreate and preserve the life we knew, and recreate the deceptive illusion of life when it is no longer there.

Karley also recreates the life in her work by giving her pieces human names. In this series the names are representative of strength, sorrow and death. Inspiration is drawn from the meaning of names, such as Morana which is a name symbolic of the greek goddess of death and winter. Or Benjamin (Benoni), meaning the son of sorrow.