Portfolio > The Art of Death 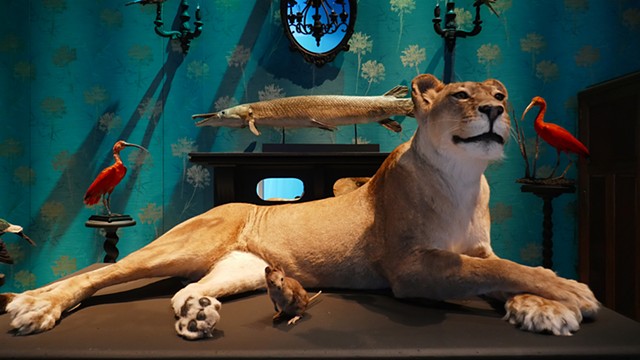 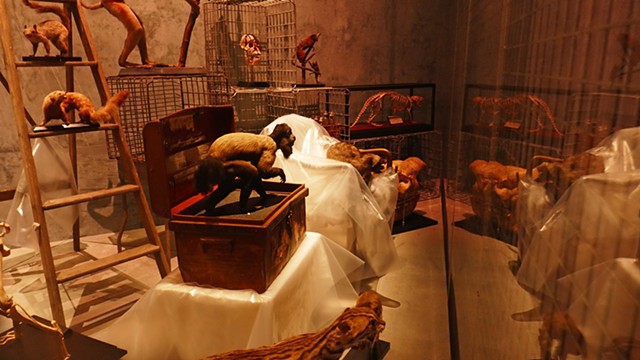 The Art of Death The Metropolitan Club, in association with Hendrick’s Gin and Highwic, supported by Heritage NZ and the Auckland Museum, will explore in The Art of Death from the 14th September – 27th October 2019. About my installation Objects of loss and remembrance are private things filled with a personal and, at times, incommunicable significance. They celebrate death, beauty, nostalgia and a desire for longing. A souvenir which belonged to a departed loved one is powerful, but a souvenir which once was a beloved is intoxicating. Objects are seducers and comforters, fragrant with memories and human longing and nostalgia. But nostalgia cannot exist without loss. And this loss is precisely the souvenir’s power: In taxidermy, the souvenir lives eternally and what was dead becomes lifelike. But to live eternally and to live again a thing must first be dead, and this is what taxidermy is. Death. The dead.

Our era loves to pride itself on being the most environmentally sensitive age, which is true in many respects, but how many of us can name more than one species of birds in our backyards. The nineteenth-century infatuation with natural history might have been destructive, but it wasn't a nebulous, abstract, or careless fancy. Victorians knew their nature and doted on specific species, whether dead or alive. And our fascination with taxidermy has enabled many intimate encounters with creatures that would not otherwise be possible.

Victorian taxidermy played a very different role within its socio-historical scenario from that played by the contemporary art revisionist movement. "They were a reminder of nice things in nature beyond the grimy cities," says Dr Pat Morris. The real decline took place in the 1950s and 1960s when it became less socially acceptable. There were other things to do with animals rather than shooting them, such as filming and photographing them.

Objects of loss and remembrance explores this enigmatic duality of Victorian taxidermy – both death and splendour, damage and desire. Reflecting on the Victorian and colonial roots of taxidermy and Museum dioramas and how taxidermy has in recent years catapulted in all directions within the contemporary art scene and transforming taxidermy into a rare and complex form of art.

About The Art of Death It’s the 21st century and taxidermy is fashionable once more.

Gone are the days where gentleman hunters were mounting the spoils of their morbid excursions, this Victorian art-form is currently experiencing a female-led resurgence that has a reverence for wildlife and conservation at its heart. It is this renewed interest in the art of taxidermy that The Metropolitan Club, in association with Hendrick’s Gin and Highwic, supported by Heritage NZ and the Auckland Museum, will explore in The Art of Death from the 14th August – 27th October 2019.

The Art of Death is a multi-disciplinary exhibition by seven female artists which will transform the rooms of historic gothic mansion Highwic, into curious new settings. Supported by a programme of experiential activations, the exhibition will explore the the curious life affirming possibilities found in death, interrogate the macabre and its spectrum of gothic aesthetics as well as examining attitudes toward death, mourning and commemoration through creative cultural and social practices from the Victorian era to today.

Beyond enjoying these specially created installations, visitors can go ‘beyond the ropes’ and get up close and personal by taking an introductory taxidermy class, trying their hand at life drawings’ mysterious dark twin ‘Death Drawing’ with renowned artist Paris Kirby, attend a Hendrick’s Gin tea cup cocktail party or absinthe tasting, meet the artists at an afternoon salon or get the kids involved in a garden bug hunting art workshop

&#8203;The exhibition will take visitors from taxidermy of the past, with a display of historical pieces from the Auckland Museum’s collection not normally on public display including a jaguar, badger, wombat and bear, as well as items from Highwic’s own collection, to the present, with room installations by artists Antoinette Ratcliffe, Karley Feaver, Hayley Theyers, Sophie MacDonnell, Jane Thorne, Paola King-Borrero and Kate Rampling. The Art of Death exhibition hopes that the experience of taxidermy and other death related art forms, combined with multi-sensory events and experiences, will encourage us all to live fully by exploring our own ideas of mortality.

This thoroughly modern take on this historical art-form will run from the 14th September – 27th October, at Highwic. Entry to the exhibition is $10 which goes towards the preservation and upkeep of this important Heritage NZ property.